We've learned that robcypher, former Bluelighter and all-around giant in the Internet drug culture (and elsewhere, too), passed away December 21st.

Cause of death given is "natural causes."

The man was a legend. I remember communicating him before I even knew there was a placed called Bluelight, on USENET and elsewhere. He had not been active for years here; many will remember him as "Ben from A&E's Intervention"—this is what he listed as his "occupation" in his Bluelight profile—with his issues with DXM; this has become somewhat of a legend in and of itself here. He was always very open about the stuff he was doing, and the stuff going through. He was a truly prolific participant in a number of places, from USENET to MySpace to Bluelight to Facebook and beyond.

He'll be remembered as a man who had his struggles, but a real friend to many, and in our little corner of the online world, so much more, too. He had a sharp mind and talked about all kinds of things, but could also stand his ground and troll back and forth with people; had a sense of humor, he was old-school, dating back to before forums like this were commonplace and before anyone had heard about "social media." He went through a lot of changes in life, and documented a lot of them quite publicly. He was no role model, but he was a figure of great significance to our tribe, if you will. Always spoke with frankness, even when self-deprecating. A good hearted man.

Far be it from me to feel the right to properly eulogize the man. We hadn't talked in years, we'd never met in person, you couldn't say we were close. But he was, indeed, robcypher, Ben Lowe, the man, the myth, the legend. 2016 may be remembered as a year of tremendous loss for our community, and he was the final chapter of that, but he was far more than that; he was a friend to many and a larger-than-life figure to the rest.

There was a fundraiser to help support final expenses; it appears their goal has been met, but anyone who wants to give a little something to the family can still do so it seems. 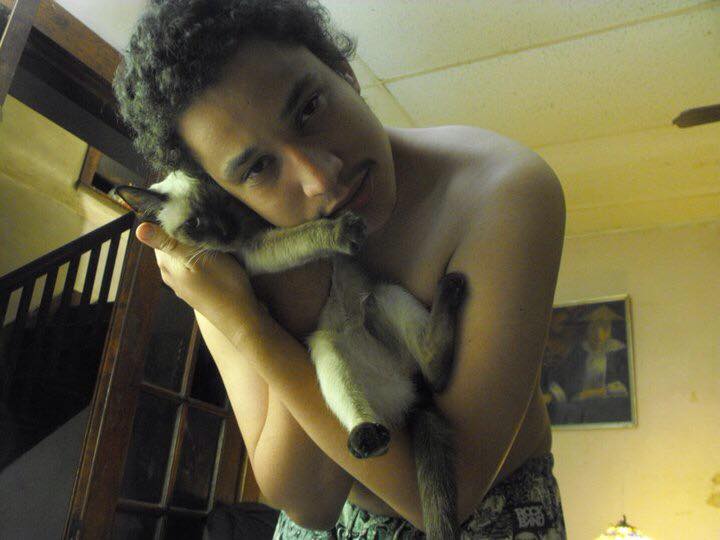 I remember him posting in drug culture after his intervention episode which is legendary in itself. 35 sounds young but when you live hard like he did it can be an eternity. Party hard out there in the great unknown dude.

I don't remember him, but nonetheless, RIP

Didn't know him but all living things are connected. His death is a literal loss of part of who we are as living beings.
Life is precious. Don't take it for granted.

My condolences to his friends both here on bluelight and who knew him in person, and his family. Rest in peace.

As we all know as a community, last year was fucking just horrible. Pray this one be better and people not only reduce harm but pay attention to their health in general, any long-term stuff that can accumulate from years of abusing the body.

I mention the latter as I was thinking about the cause of death thing. Just like our dearly departed Fluffy (

RIP … gone even younger), many people, myself included, rushed to assume she overdosed, or similar, some of us even posted about it, and probably would have in Ben's case too—the death was announced again, as natural causes with no mention of drugs. People might even suspect that it's not really the case, something said by the family, or whatever.

But it's not even necessarily so. See, we're not very far afar off at all in age, Ben and I, we even share an astrological sign, not that it matters; we came up in very similar circles, 'met' [online] therein early, before I think this site even existed, not all of what we talked about or had in common was even all drug-related, although I said I hadn't been in contact with him in years. Not that that matters either … but what I'm getting at is that not many people at our ages and overall situations and have that listed as a cause of death. Which does by no means make it wrong.

"Natural cases," which of course can mean a variety of things, as it has been listed for him and a few others, don't necessarily take that to be a euphemism for what you'd assume, overdose or the like; the proximal cause of death in this situation, or Ashley's (which was a bit more specific) for instance. These folks' PCOD may very well not have been drug related. However, not many people our age (or younger, even quite a bit older) are going out like this without having had serious health issues over the years, some of which can be caused, or worsened, by the lifestyle. Some of these health issues can be unknown to the victim, laying dormant, or just take the form of feeling vaguely unwell or with any number non-specific complaints, for quite a long time, and death can be sudden, or sudden-seeming (people are often in denial about feeling worse and worse over time.)

I have no idea of the specifics of his death, but, knowing this, let's this be a reminder to everyone not just to party safe, but to see your doctor regularly and be honest with them. It could save your life.

Or your death may be there, lurking, anyhow, somewhere inside or even as the proverbial Mack truck. So we all need to have things in order. We should all have ways for our loved ones out there to tell our love ones in here, if that's something that's important to you (I hate the thought of some of the users we've just seen disappear having passed away, although it's a near-certainty that some of them have, and in some specific cases.) Not to mention all our other affairs and arrangements. (I am very happy and proud of the community that they helped out Ben's family with the financial needs of his, BTW, but we also need to look ahead ourselves.)

Harsh though it may be, that's the reality of human experience. Get in touch with your lifestyle, your body, your spiritual life, all of it. You never know when.

I remember Robcypher. May God have mercy on his soul.

His Name Is Frank

Rest in peace, robcypher. I only wish I had known you better than I did. You will definitely be missed.

Isn't that the truth. In these abstracted online conversations, it's just not the same, it's kind of easy to just slack off on it; then someone is gone, and you can think of so many things you'd have liked to tell them or ask them or talk to them about. Goes for practically everyone gone this ear for me; especially Ben, Jim, Ashley & Jamshyd … just, fuck … treasure what you have, guys. Reach out to a friend you haven't talked to in a while. See what's up, show you care.

I remember his news articles from a different site. Rest in peace, Ben.

I've actually seen that episode and knew he was a Bluelighter because my late son mentioned something about him to me. This sucks.

Isn't that the truth. In these abstracted online conversations, it's just not the same, it's kind of easy to just slack off on it; then someone is gone, and you can think of so many things you'd have liked to tell them or ask them or talk to them about. Goes for practically everyone gone this ear for me; especially Ben, Jim, Ashley & Jamshyd … just, fuck … treasure what you have, guys. Reach out to a friend you haven't talked to in a while. See what's up, show you care.
Click to expand...

No better advice than this.
S

Ben was my son. someone sent me the link to this and whoever wrote this eulogy, i want to say thank you. i thought it was beautiful and it meant a lot to me. Thank you.

spiritrl said:
Ben was my son. someone sent me the link to this and whoever wrote this eulogy, i want to say thank you. i thought it was beautiful and it meant a lot to me. Thank you.
Click to expand...

Thank you for stopping by?! So very sorry for your loss, and as you can see your son Helped and was loved by a lot of people, that he gave is experience, wisdom and time too.
So very young I do hope that he did not suffer in his final moment. RIP
Please everyone stay Safe, We are loosing this War on drugs, Causalities are Too high, Let call a cease fire and head down a different path !!!

Rest in peace Ben. I hope you are at peace. There was so much more to you than how you were on intervention.


Rob Cypher aka Ben from "Intervention"

I am known as Ben from the TV show Intervention; and I am also the longtime internet persona known as Rob Cypher.